The medicinal power of psychedelics is finally being recognised

Like the American city, it is truly time that our government based its policies on scientific evidence, rather than outdated prejudice 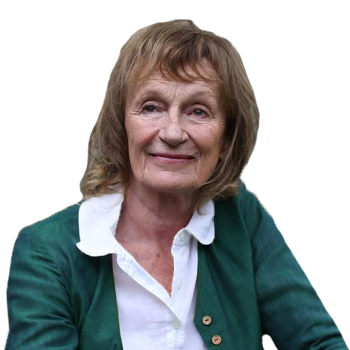 It is wonderful news that Denver has made the first move to decriminalise psilocybin.

Almost 50 years ago, psilocybin, and the other classical psychedelics such as LSD and DMT, were classified as Schedule 1 substances, that is, substances designated as having the highest potential for abuse, and no medical value whatsoever. This is simply not true. These compounds have been used as healing and spiritual tools by our ancestors for millennia, and in more recent years scientific research has started to explore how they work in the brain and their possible efficacy in treating a wide range of currently treatment-resistant illnesses.

I set up the Beckley Foundation in 1998 in order to explore how these psychoactive compounds – the “food of the gods” as they used to be called – act in the human system, and how their potential can be harnessed to improve health and wellbeing.

Over the last 20 years, collaborating with a number of leading institutions around the world, we have carried out pioneering studies, often using brain imaging technology so as to obtain a better understanding of the mechanisms underlying these changing states of consciousness, to work out how they can best be harnessed to bring about deep healing.

We found that psilocybin-assisted psychotherapy shows enormous promise in the treatment of a number of intractable conditions, such as treatment-resistant depression and tobacco addiction (which kills some six million people worldwide). Profound benefits have also been reported for the treatment of existential anxiety by those faced with a terminal diagnosis, and much exciting research into other conditions is currently underway. A bright future awaits us!

The UK is undergoing a burgeoning mental health crisis, which has created an urgent unmet need for the development of new treatments. Prescriptions for antidepressants more than doubled between 2006-2016, with mental illness costing the UK around £100bn a year, and distressingly, suicide is now the leading cause of death among the young (with psychedelic usage linked to lower suicide risk).

Psilocybin-assisted psychotherapy can provide an amazing opportunity for a new approach to treating mental illness. Rather than putting the patient on a daily drip of SSRIs, which like a plaster hopefully suppresses the symptoms but leaves the root-causes unaddressed, psychedelics can increase neuroplasticity and reset the brain, so that maladaptive thought and behaviour patterns can be unlearned.

Re-classifying psilocybin would make it much easier and less expensive to carry out the much needed research to investigate more fully the great potential of this compound and its cousins.

Criminalising the use of a substance that shows such great medical promise is a grave mistake, and it is truly time that our government bases its policies on scientific evidence, rather than outdated prejudice. The time for change is now. Let’s re-classify the classical psychedelics and open the doors to research.

The medical acceptance and integration of psilocybin and other psychedelics could result in a paradigm shift for psychiatry.

Amanda Feilding is the founder & director of the Beckley Foundation